The Role of UNRRA in Creating a New Lidice UNRRA was a United States led initiative under the auspices of the United Nations. Set up in Washington D.C. on the 9th of November 1943 at the White House, it was signed off by Franklin D Roosevelt along with 44 signatories representing nations throughout the world (this was later extended to 48).

Correspondingly, the principal contributors to an aid package worth $3.7 billion were the Americans – who put $2.7 billion into the kitty, with bankrupt Britain somehow coughing up $625 million, and Canada donating $139 million – these three were the investors in the programme. However, many nations took part in other ways, helping in kind with exports of raw materials and foodstuffs.

For example, South Africa supplied coal; India, peanut oil, and jute; Australia and New Zealand, raw wool, and foodstuffs; Brazil, livestock, food, and textiles; Cuba, sugar; the Dominican Republic, corn; Peru, beans, and fish; Uruguay, blankets, and cheese; Iceland, fish. and other stuffs—even Argentina, though not a member of UNRRA, contributed 150,000 tons of grain for use by UNRRA in the spring of 1946.

Though largely spared the ravages of conflict, due to her inevitable interdependence with others for her markets and supply chains, Czechoslovakia was as poverty-stricken as much of the rest of Central and Eastern Europe. Despite the hopes and wishes of Dr Beneš and Jan Masaryk, to perform a balancing act between East and West in order to preserve the liberal freedoms and prosperity for Czechoslovakians in the spirit of the original republic, she would soon be sliding inexorably towards a Soviet style planned economy involving the nationalisation of many of her sectors; and the increasing domination of Communist representatives within the – still democratically elected Parliament. All this validated by the nation’s “gravedigger of democracy” Zdeněk Fierlinger, a so-called Social Democrat who openly favoured the Communists and their leader Klement Gottwald within Parliament. Nonetheless, despite ominous signs, in London on the 26th of February 1945, Czechoslovakia’s funding from UNRRA was agreed at a meeting between Jan Masaryk, acting as Czechoslovak Minister for Foreign Affairs, and Frederick Leith-Ross, Deputy Director-General of UNRRA.

Delicate details were negotiated on the 12th of April, with six Supplementary Agreements on Welfare; Health; Agricultural Rehabilitation; Rehabilitation of Industry and Public Utilities; and Displaced Persons and non-Czechoslovak Displaced Persons and was signed by Hubert Ripka, Czechoslovak Minister of Foreign Trade, and Mr Edward Rhatigan, Deputy Director General of the European Regional Office of UNRRA. With the completed contracts pledging five years of funding from the United Nations agency this meant that the Košice Czechoslovak Government, led by Zdeněk Fierlinger could move forward with its economic plans, such as the extension of nationalisation, assuaging fears concerning the fragile nature of the state’s finances, which showed a large budget deficit.

Although a sub-committee decided on the 23rd of February 1945 that Czechoslovakia was “at this time not to be in a position to pay”, an agreement was signed in London on the 26th of February; Sir Frederick Leith-Ross signing for UNRRA and Foreign Minister Jan Masaryk for Czechoslovakia. Masaryk said that the Soviet Union had informed his government that Black Sea ports would be available to receive supplies and inland transport would be provided. UNRRA H/Q was informed by the London Office that the Ministry of War Transport would make available 5,000 to 5,500 tons of shipping space for UNRRA supplies to Czechoslovakia.

The first shipment from the UK to Constanța, Romania, left in March with medical supplies, food, agricultural machinery, pesticides, veterinary supplies, footwear, and lorries. Hearing that 19,000 long tons of relief supplies for Poland and Czechoslovakia were unloading their cargoes at the port of Constanța on May the 22nd, Masaryk sent the following message to UNRRA Director General, Robert Lehman,

“I would like to join personally my government in expressing to you my thanks to UNRRA for the very timely help which now arriving on Czechoslovak territory. May I add the expression of my sincere admiration and friendship.”

You can find out more about UNRRA and the role it played in reconstructing Czechoslovakia and Lidice by reading The Path to Lidice – the definitive account of the Lidice Shall Live campaign.
Available now, online from Amazon in hardcover, paperback and in ebook formats – free with Amazon Unlimited. 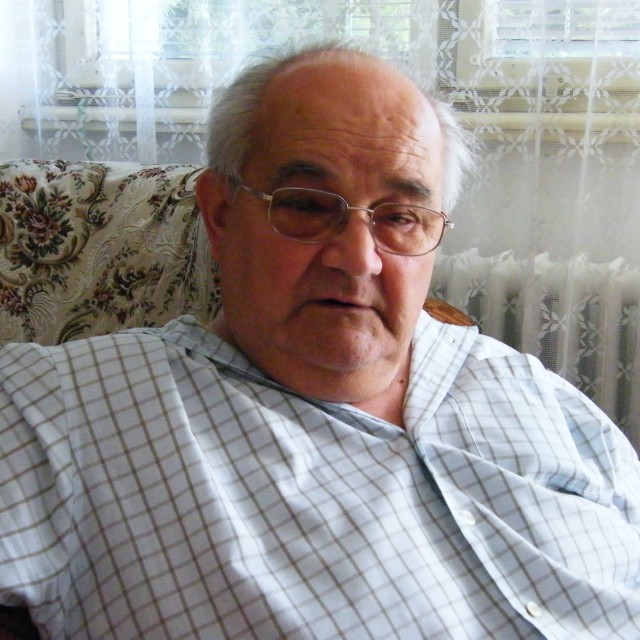 Following the launch, on Wednesday, the 9th of September, the Evening Sentinel reported a press release from the Lord Mayor’s Parlour at the Council Chambers in Stoke, that a fund for re-building Lidice had been opened by the Lord Mayor of Stoke-on-Trent, Cllr Harry McBrine...