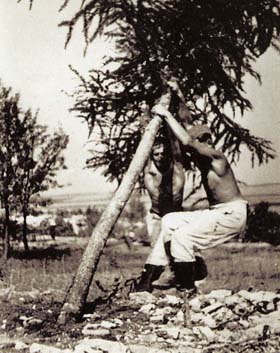 For Nazi conceptions of vengeance, killing and scattering the people of Lidice was not enough: the village itself had to be erased. The Nazis placed canisters of oil and other inflammable materials in the farmhouses, shops, and homes. They lit them. Soon the whole main street was ablaze. On Hitler’s orders a German film unit, commanded by Dr Franz Treml recorded each phase of the obliteration.

On June the 12th, explosive charges were sunk beside the foundations of St. Martin’s, the village’s ancient church. Once again, the Gestapo drove in from Kladno to see their policy of annihilation in action. Under their eyes the church was shattered, public buildings and homes destroyed, a community razed to the ground, and mountains of rubble replaced trees and vegetation. But still, the destruction went on.

Forced labour squads, possibly German undesirables, or prisoners of war from the Todt organisation, carted away the rubble for road making. The river was re-routed, maps with the name “Lidice” were recalled and destroyed, the cemetery desecrated, trespassing the land meant instant death, and gradually all signs of life were removed.

The physical deconstruction and erasure of the old village of Lidice took over two years of solid graft, was financially costly, and was paid for by the victims’ bank accounts. It was not until September the 25th, 1944, that Karl Frank could finally announce with much satisfaction that the clearing work had definitively ended.

And now the whole village lay mute, the village a total wasteland, a field of hidden skulls an intended symbol of repression, according to Hitler’s wishes, that “Lidice Should Die Forever.”

A fortnight following the razing of Lidice, as if the horror of that was not enough, the Nazis soon turned their attention to the small hamlet of Ležáky, where Gestapo agents had found a radio transmitter belonging to Operation Silver A down a well. In revenge, on the 24th of June 1942, 500 SS troops and policemen surrounded the village, removed all inhabitants, and razed it to the ground too. All of the village’s inhabitants were rounded up and slain in a reprisal similar to that seen at Lidice; but this time all 33 adults, men, and women, were shot.

Of the 13 children of the village only sisters Jarmila and Marie Šťulík escaped death by gassing at Chełmno extermination camp, by being selected for Germanisation instead. Fortunately, both were found and returned to their families after the war. Unlike Lidice, Ležáky was not rebuilt after the war; only memorials remain today.

For more information about Operation Anthropoid, Lidice, and its legacy, read The Path to Lidice – the definitive account of the Lidice Shall Live campaign, and its legacy. Available now, online from Amazon in hardcover, paperback, and in ebook formats – free with Amazon Unlimited. 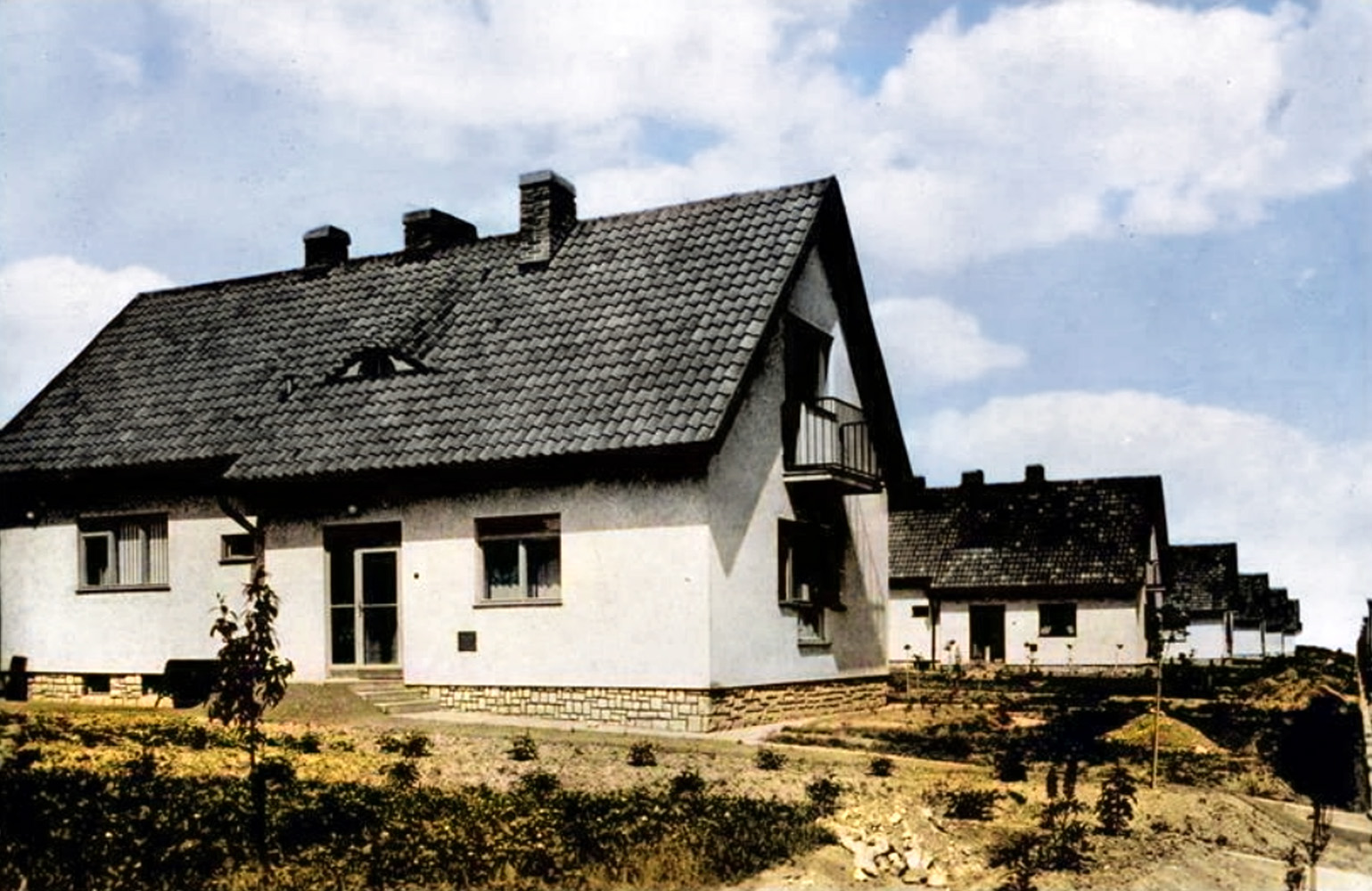